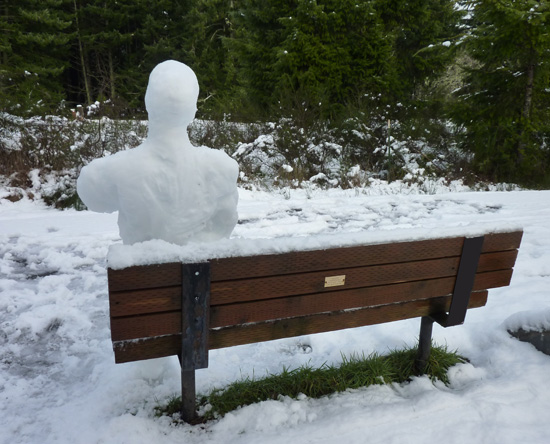 "Resting Man" is a flash-art sculpture I spontaneously created on my morning walk at the nearby Chehalis Western Trail. It's quite a work-out walking in snow. This guy needed to sit for a spell. 1-17-2012 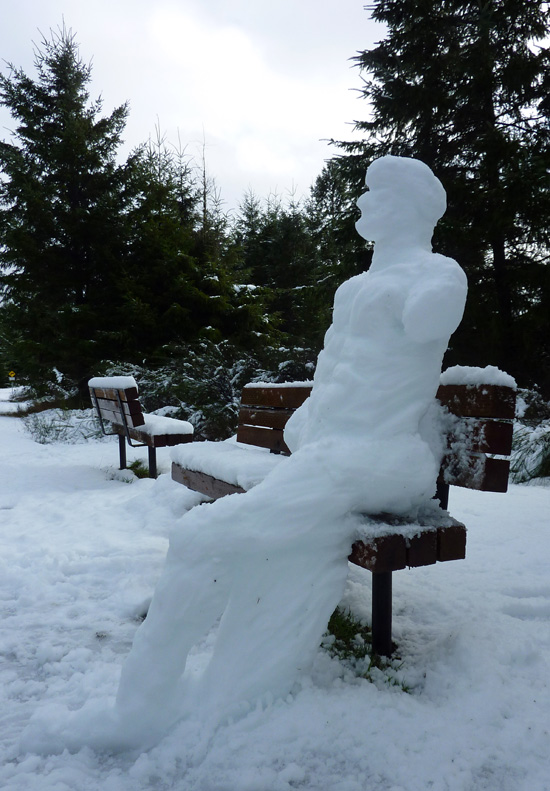 I knew my work load for the day would not allow me time to finish my masterpiece...but it was a great start. And I've never seen snow that packed and sculpted with such ease! I quickly took photos and then returned to my studio. January 17, 2012

My nephews started their own snowman and a snow-cat and I joined them half-way through the creating party. January 16, 2012 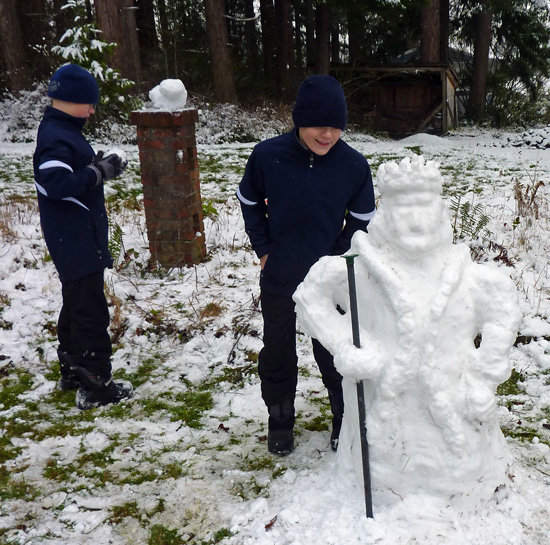 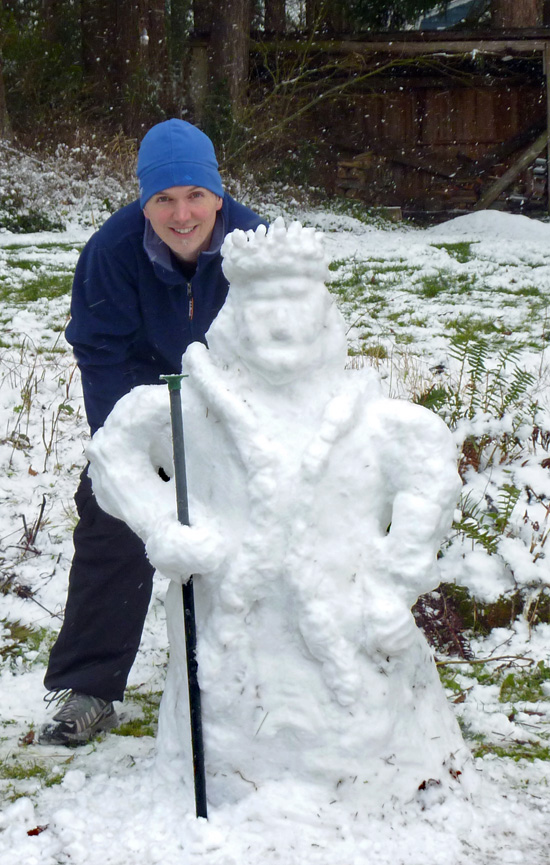 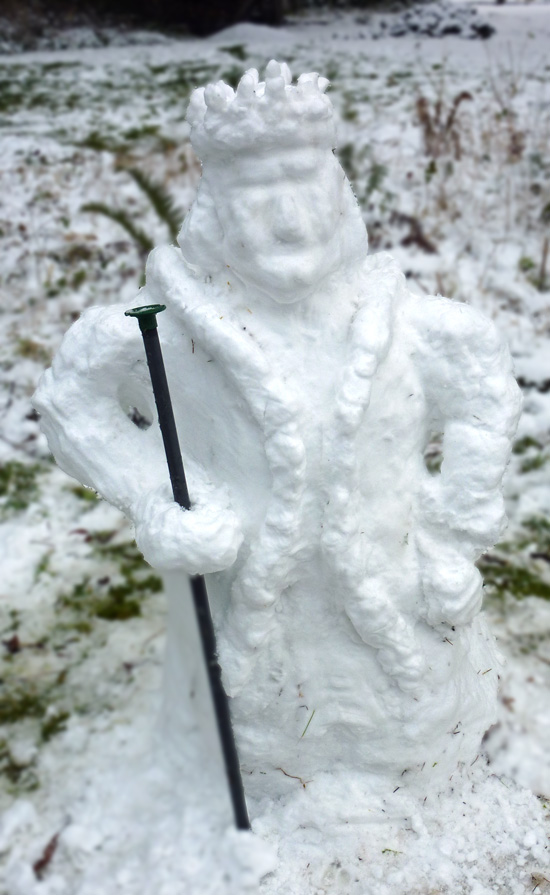 Our snow king is dressed up for the royal snow ball. 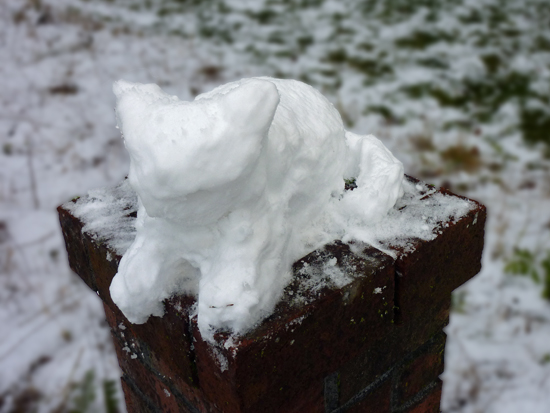 After lots of office work and deadlines met, I celebrated completion with a little outdoor art-making. The wetness of the snow that day was perfect for sculpting. He lost his arms twice so I had to bulk him up a bit. January 18, 2012 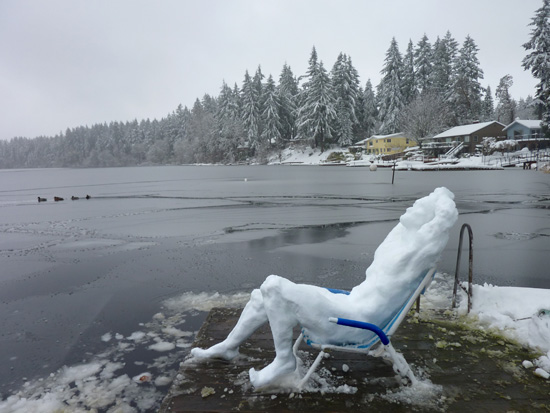 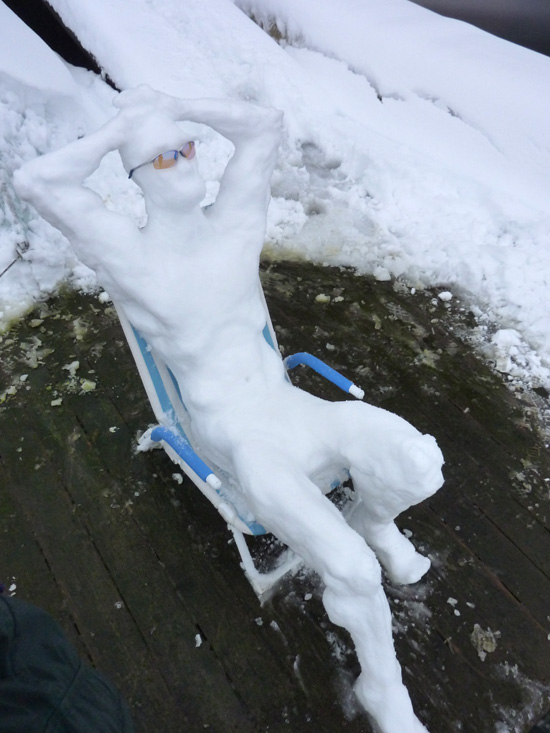